We the people have the right to vote

Show your support for American Airlines, Unilever, Microsoft Corp. and nearly 50 other major companies & business organizations’ decision to stand up for democracy and voting integrity in Texas. 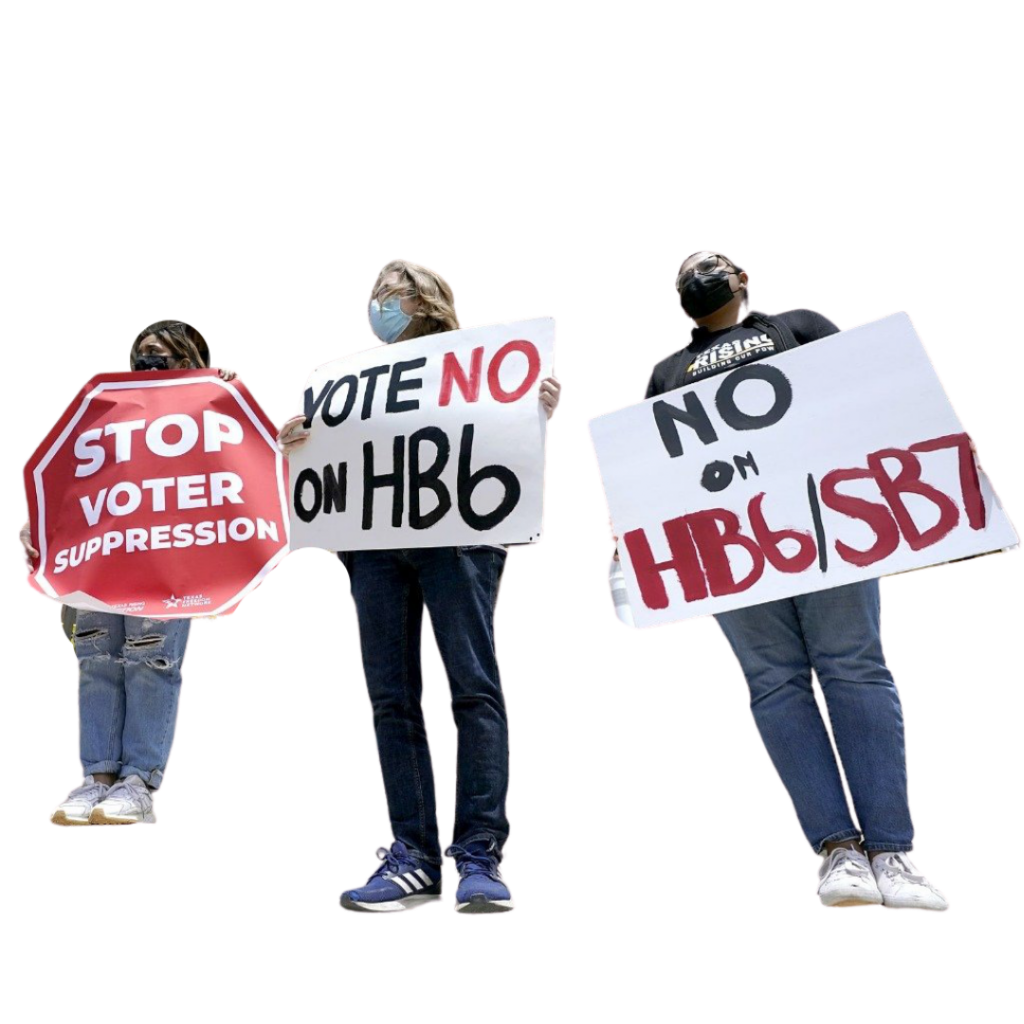 Nearly 50 companies and business organizations came out in early May 2021 against a Texas voting bill after deliberating on how aggressively they should be involved in state legislation.

The group signed a letter opposing:

“any changes that would restrict eligible voters’ access to the ballot.”

This move was done just days before an expected vote in Texas’ state legislature on a voting bill. Republican leadership moved to quickly condemn businesses scrutinizing the proposals under consideration. Lt. Gov. Dan Patrick angrily targeted American Airlines during a press conference in which he described those raising concerns of voter suppression a “nest of liars”.

What is actually going on...

On April 1st, the Texas State Senate passed legislation with provisions that limit voting access. As a Texas-based business, American Airlines released a statement outlining how they have a duty to stand up for the rights of their team members and customers who call Texas home. They highlighted their belief in the democractic process and that this legislation will prevent eligible Americans from being allowed to exercise their right to vote.

They reaffirmed their support for breaking down barriers to diversity, equality and inclusion in society – not creating them. Other companies (including Unilever, Microsoft Corp, and nearly 50 other major companies & business organizations) also signed the letter expressing their opposition against this legislation. This was quoted as one of the largest pushbacks from the business community against Texas Republican efforts to further tighten the state’s restrictive voting rules.

who are using their influence to support a healthy democracy & strong voting integrity (which includes easy access to voting).