Two Halves That Make Us Whole

Both conservative Protectors and progressive Liberators believe in the motto inscribed on every dollar bill: E Pluribus Unum—out of many, one.

But what kind of one will make us thrive? The left believes it takes a village, a place where free and equal citizens work together in relative harmony. The right believes it takes an organization, a hierarchy where disciplined leaders and orderly followers each do their assigned part to achieve a shared objective.

Progressives believe we thrive when we contribute selflessly to meet each other’s needs. In the archetypal village that Hillary Clinton famously wrote of, each of us does our part, what comes naturally to us, without class distinctions or imposed roles.

We may be different in some ways, but we are all equal in value. We all thrive when we follow the rhythms of our nature.

Conservatives believe we thrive when we band together as a team or organization to battle adversity. In their archetypal team, every player does their part to beat the opposing side, as defined in a rulebook, under the direction of a captain or authority, to whom all are loyal despite inevitable personal flaws on all sides.

Each of us is safer when we resist our selfish temptations, follow our leaders, and do what’s good for the mission. 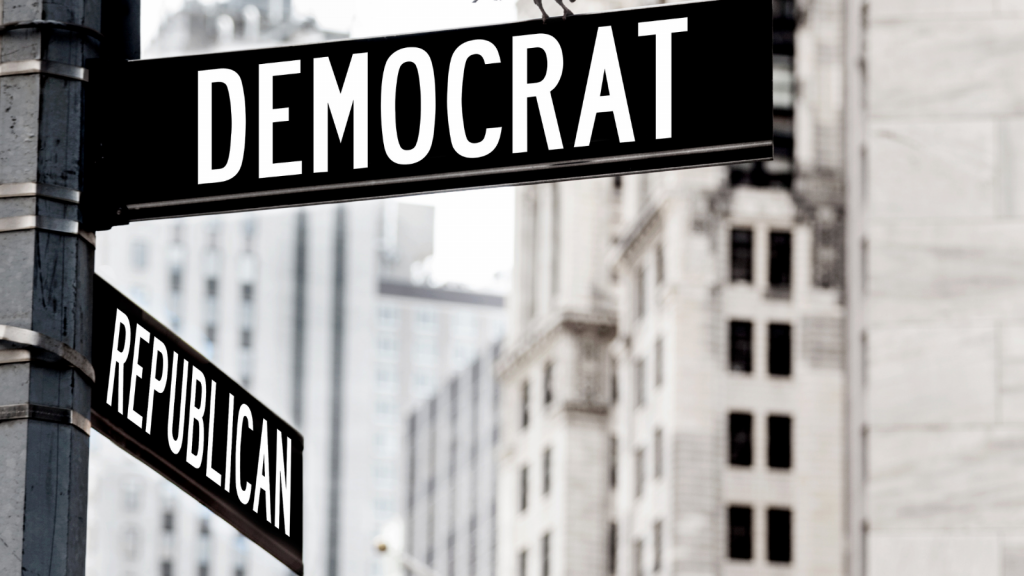 Of course, in the real world, neither of these extremes leads to a healthy community.

I’ve visited experimental utopias of the communitarian left as well as the disciplinarian right. I can tell you without reservation: mandating community always leads to breakdown and failure. Communities require a combination of artistic freedom and engineered order. We thrive when we apply both, sometimes separately and sometimes together.

To the progressives who want to liberate us, freedom makes the world orderly and releases our intrinsic goodness. In progressive Utopia, loving moms, caring dads, devoted teachers, nurturing health professionals, smart white-collar managers, and earnest blue-collar workers join together in relative harmony to provide for one another’s needs. They are supported by a generous Mother Nature, a fertile rainforest of diverse life where every creature has its place in a virtuous living system that supports us all. But the tranquility and altruism of this liberating Utopia is spoiled by a nefarious intruder: giant corporations have captured our Eden, leveraging our military might to exploit resources around the world while perpetuating a system of materialist conformity and criminal injustice that keeps women and people of color oppressed here at home, following the dictates of institutions controlled by old white men.

Progressives find it hard to accept what New Deal architect John Maynard Keynes called “the astonishing belief that the nastiest motives of the nastiest men somehow or other work for the best results in the best of all possible worlds.”  They hear each day of new atrocities perpetrated by the corporatist state, broadcast by cable news and narrowcast on their Facebook pages by a profit-hungry media system that endlessly reinforces their worst fears. Women are being abused, guns freely distributed, immigrants detained, and the environment despoiled by corporatism, which they equate with capitalism and “free enterprise.”  It is an oppressive menace that must be resisted, many believe⁠—an existential threat that must be overthrown. 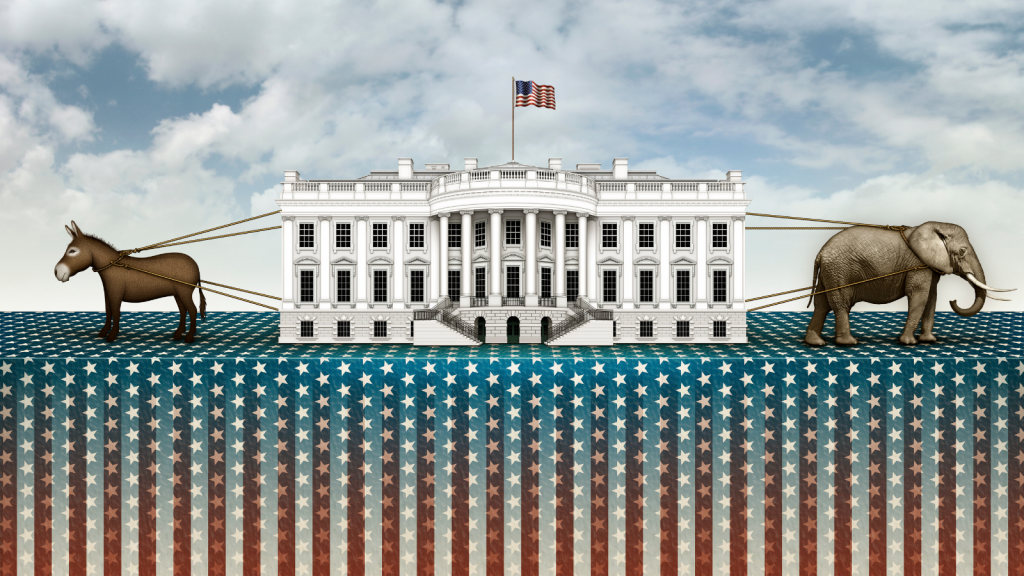 Meanwhile, to the conservatives who want to protect us, capitalism is a source of order that makes the nation free and disciplines us to overcome our selfish impulses and serve our families, communities, nation, and God.

In conservative Utopia, disciplinary dads, caretaking moms, hard-charging business leaders, and hardworking salt-of-the-earth factory, farm, and office workers engage in a free system of trade to secure the food, shelter, and clothing we need to survive, while local police keep our communities safe and brave soldiers defend us against foreign enemies.

Together, grateful to our God and humble in the face of our sins, we thrive despite the challenges of nature, a threatening jungle all around us where every creature lives in constant fear, competing for scarce resources that we alone have the wisdom to husband for our maker’s higher purposes.

We, God’s chosen, have risen above this nasty and brutish reality, forming a civilized society in which we enjoy prosperity beyond imagining, if we maintain order and civility. But the health and order of this protective God-given Utopia is threatened by a nefarious intruder: an all-powerful state—especially the federal government and globalist corporate leaders—have captured our republic, pretending to be selfless caretakers while actually keeping us dependent on their exploitations, perpetuating a system of materialist conformity and nanny-statism that makes women act like men, men act like women, and people of color act like victims, following the dictates of institutions controlled by atheists who hate the stoic, freedom-loving founders who brought their ideals from monarchies in Europe and established a beachhead here where freedom could ring true. 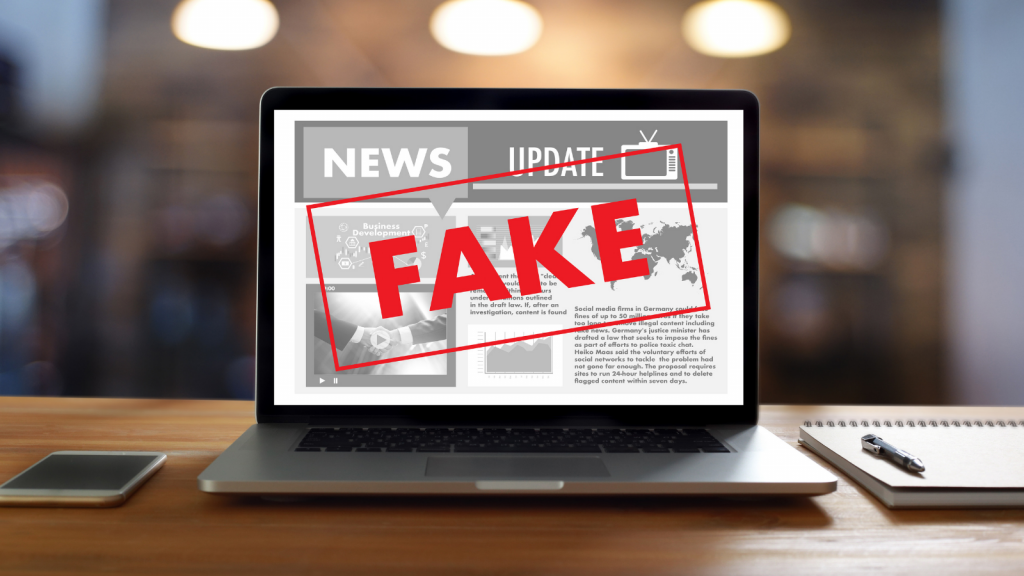 Conservatives hear each day of new atrocities perpetrated by this statist system of cronyism, broadcast by Fox News and narrowcast on their Facebook pages by a fake news media system that tells them their version of the truth.

Leftists would strip men of our guns, as invading immigrants steal the few remaining jobs on farms and factories that bureaucrats haven’t yet shut down for emitting CO2.  Progressives may pretend to be “social justice soldiers” on the outside, but their real objective is to shut down free enterprise, and take control of the economy on behalf of “the people” they choose. They are an oppressive menace that must be fought, an existential threat that must be overthrown, by force if necessary, many on the right believe.

There is truth to each perspective. Many on the left and right will read the paragraphs above directed to them and say, “Yes, a lot of that is true!” But each description is one-sided, spun negative, and exaggerated. When kept apart, these groups veer toward rather extreme views of the world in which we live. Their dystopias drive them, with the very best of intentions, toward the very worst of behaviors. They need each other for balance. They need the insights offered by an alternative perspective to see the world in more of its dimensions. They—we—can’t long survive, separated as we are. We and our ideals will wither and die.

Together, these two groups, the Protectors and the Liberators—one acutely aware of the threats we face, the other of the untapped potentials and unrealized opportunities—have the capacity to keep us all both safe and free. For more than two centuries they have mostly done so, and our national community has thrived.

But today these combative partners are on their way to divorce. Each exaggerates its own virtues and the other’s vices. Each blames the other for the dissolution. Frustrated that its other half is so patently wrong, each is losing its attachment to democracy and looking for ways to disenfranchise the other.  Both are attracted to authoritarians who promise to impose virtue by executive order and administrative edict.

If either the left or right “wins” this war and removes the other from power, the threat to our democratic republic will be grave.