In recent years the United States has profited much from advances in natural gas extraction, legislation promoting and encouraging the extraction of natural gas, and significant finds of the very ancient hydrocarbon species.

The growth of natural gas 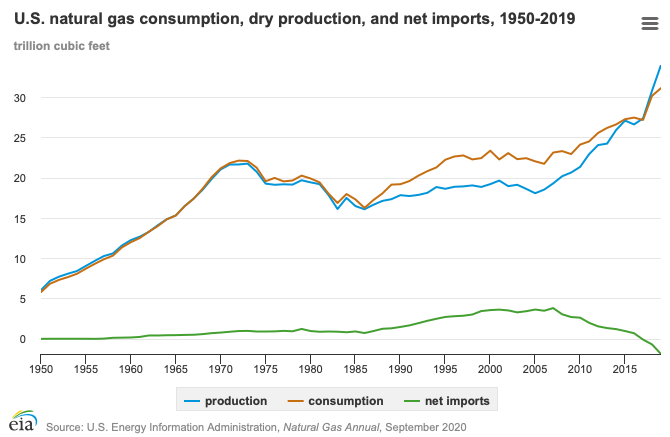 Most of the increase in the production of natural gas in the United States has come from the marriage of these advances with an up-to-recently untapped resource – oil shale. Shale is a fine-grained, laminated sedimentary rock containing clay and silt-sized contributing particles, and when the shale coexists with large amounts of organic matter, over time oil shale can evolve. Oil shale is shale in which organic material has transformed into petrochemicals or hydrocarbons after extremely long periods of time. Those petrochemicals become trapped in pores, gaps, and crevices in the shale which prevented commercial drilling until recently. Nowadays, production of natural gas in the U.S. is dictated by the presence of shale, known as plays when viable for gas production. Horizontal drilling and hydraulic fracturing make it possible to efficiently access the small pockets of methane and other gaseous hydrocarbons used for energy.

This natural gas boom has been entirely thanks to the application of science and technology. Almost all new wells incorporate both horizontal drilling and hydraulic fracturing. Horizontal drilling was developed around 100 years ago, but the concept didn’t really catch on until the 21st century. It involves drilling vertically to a certain depth, then continuing out from that depth horizontally, often in multiple directions, increasing the access to the hard to extract shale gas. Drilling in directions other than perfectly vertically offer a great deal of advantages both in access, safety, and efficiency of the drilling operation. Coupled with fracking, horizontal drilling made oil shale an economically viable fuel commodity in the United States. 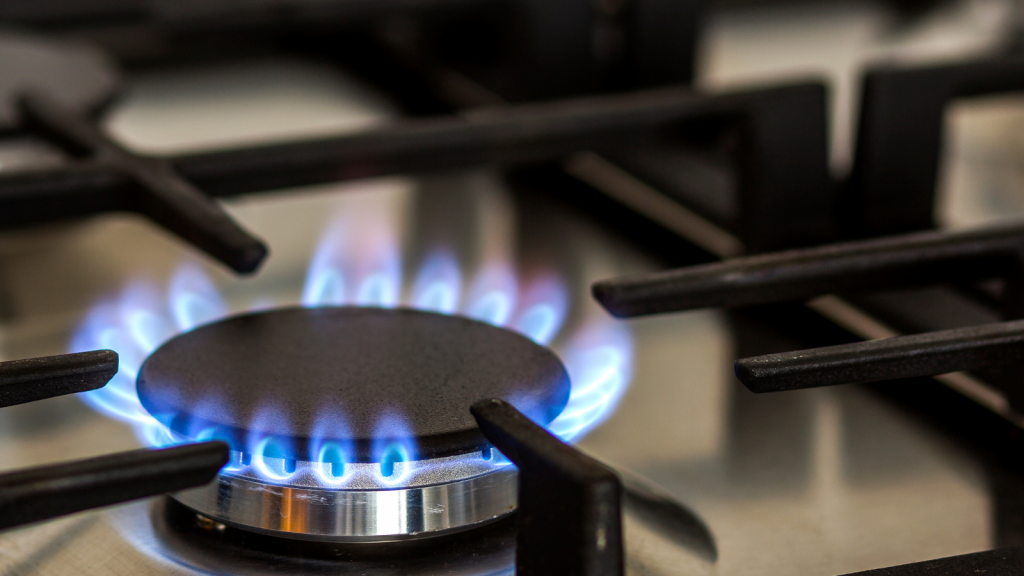 Despite some bad press, fracking and oil shale have improved the energy situation in the United States a great deal. It is largely thanks to fracking and natural gas that we have been enjoying a period of greatly decreased dependence on foreign oil as compared with figures from the early 2000s or 1990s. This has paid dividends at the gas pump, with gasoline prices lower now than in the early 2000s despite increased global consumption of petros.

Further, the production of energy from shale here in the United States has created jobs. According to the Independent Petroleum Association of America (IPAA), hydraulic fracturing is a wonderful and uniquely American innovation which poses no threat to our water, environment, homes or atmosphere while offering us the energy independence we so desperately called for during the late Bush years when gas was going for $3/gallon. The IPAA likes to reference this publication, printed by the Harvard Business School and Boston Consulting Group, which looks upon the prospects of “unconventional gas and oil resources” (an industry term for horizontal or directional drilling, hydraulic fracturing, and oil shale at large) with great fondness,

“Unconventional gas and oil resources are perhaps the single largest opportunity to improve the trajectory of the U.S. economy, at a time when the prospects for the average American are weaker than we have experienced in generations.”

The publication, printed in 2015, makes the case that the nation should embrace with excitement the new domestic industry and the energy it creates as an opportunity for the nation as a whole, both domestically and geopolitically. The publication makes the statement that “unconventional” gas production and export operations have created 2.7 million high-wage jobs for Americans. In fact, the average worker in this industry makes double the median American salary. With lower energy prices generally thanks to fracking and the natural gas boom, the average american has saved around $700 since 2007 on energy costs thanks to the increased production. Further, there are even estimates that our 60% jump in natural gas production has saved lives. According to realclearenergy, 11,000 lives have been saved thanks to the excess natural gas availability during “cold snaps” across the globe since 2010.

On the environmental side, natural gas does emit CO2 when burned to produce electricity, but it emits half as much CO2 as coal. Thanks to these revolutions in natural gas production, coal is no longer the primary means of producing electricity in this country. In fact, the majority of the recent reductions in CO2 emissions from the energy sector have been thanks to natural gas, not solar or wind.

Renewable natural gas is the capture of biogenic methane from landfills, wastewater treatment facilities, livestock farms, etc – bacterial decomposition of biological material – and uses it in the same way that drilled natural gas is used.

Unlike drilled natural gas, which ultimately removes hydrocarbons from the Earth and then burns them as fuel, moving sequestered methane, propane, and butane from shale and other underground pockets and plays into the atmosphere, where it contributes to climate change and other environmental degradation, renewable natural gas takes methane that’s already in the troposphere and uses it as fuel, converting methane (CH4) & oxygen (O2) into carbon dioxide (CO2) & water (H2O) in a combustion reaction.

Methane is around ten times as thermally insulative as carbon dioxide. This means that every molecule of methane is the equivalent of around ten carbon dioxide when it comes to greenhouse gases. Burning methane that would otherwise be released into our atmosphere is something we need to be doing – and obtaining a fuel in the process is the kind of wise manipulation of resources we really need to be using if we are going to build a world after fossil fuels.

Yet another exciting thing in natural gas is the advent of vehicles which run on the fuel. Buses are present in evermore cities across Canada and the U.S. which are using natural gas to fuel their bus fleet, many even choosing to use exclusively renewable natural gas. Cities using this green technology range from large municipalities to medium and even small cities, with vanguards like Vancouver, British Columbia, Medicine Hat, Alberta, Port Huron Michigan, and the NYMTA in process to compress natural gas to fuel their bus fleets. This represents a large decrease in the carbon dioxide output of these sources of mass transit per year, a tangible win for those pushing for wise and effective near-term implementation of environmentally conscious industry and transportation. 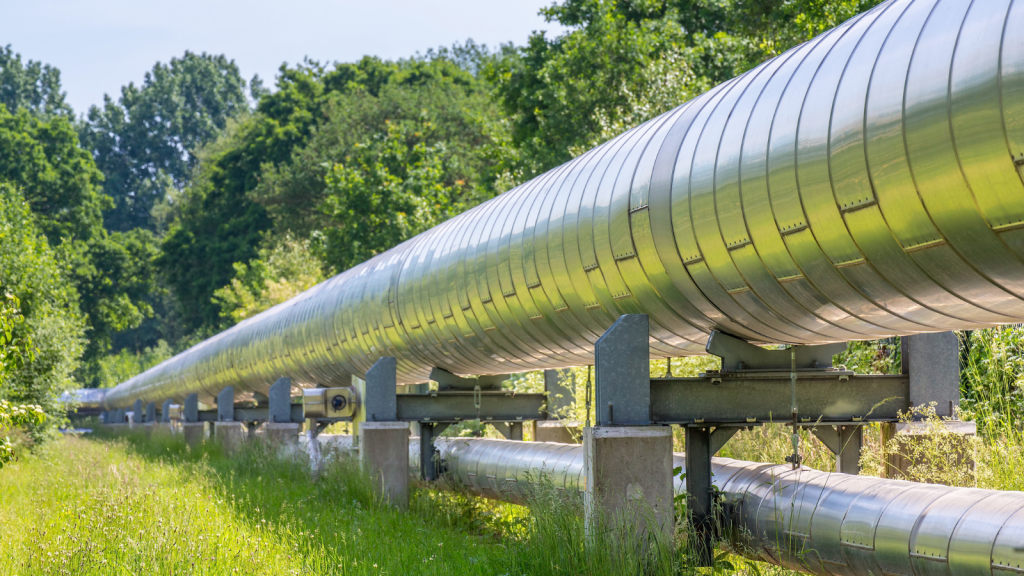 Though natural gas has helped the energy sector reduce carbon dioxide emissions in recent years, and despite the economic benefits of natural gas in the near term, the fact is, drilled natural gas is a transition resource in any rational model for mitigating climate change and environmental degradation over the long term.

In the near term, natural gas is a welcomed alternative to coal and other dirtier fossil fuels, and the uses of this fuel are growing every day. Even the transportation sector has seen a shift toward the green thanks to natural gas, with natural gas powered buses, and these things have resulted in real progress in some ways toward a more symbiotic relationship with our atmosphere and planet, but much of the reason for the success of natural gas is the slight shift it really represents. Shifting from one fuel source to another is not going to bring about the disruptive changes we need to conserve our planet. Though the shift to natural gas does represent a good start, it is concerning to think that many in the industry lobbying to keep the country dependent on fossil fuels are the ones responsible for and touting the environmental benefits of natural gas.

Natural gas is a great option for the here and now because it is here and it is now. It is more efficient in terms of greenhouse gas emissions than other forms of fossil fuels, and the ability to quickly adopt the use of it as an energy source from other fossil fuels is a major benefit to using this energy source. Adoption of compressed natural gas in bus fleets across the country would cut the emissions from mass transit in this country nearly in half, and that could be implemented within five years or so, a real big, tangible step toward cleaning our air and preventing a global climate change catastrophe.

However, despite the fact that natural gas can and should be immediately adopted in a great deal of applications at this juncture, drilled natural gas still contributes to global warming by adding to the greenhouse gas concentration of our atmosphere. Renewable natural gas, on the other hand, burns methane which would otherwise be emitted unchanged into the atmosphere, resulting in water and carbon dioxide, a greenhouse gas, but a far less potent one compared to methane.

If we keep drilling for natural gas, we will continue on the same path we are currently on, toward unsustainable climate changes putting pressure on humanity’s very ability to sustain its population on this planet – we risk a crisis of unfathomable horror when we risk our environmental integrity. Drilled natural gas does have a role in transition to a cleaner world, but it must not be looked at as a permanent solution. Renewable natural gas, on the other hand, is another technology which could be implemented in so many places across the country and the world where it currently is not. In the future, the hope would be that less and less costly devices and systems could be developed which allow for the capture of biogas – natural gas from biological material – from more or more sources until nearly all produced methane is captured at used for fuel, but we must all but cease drilling for natural gas in the near future.

Not only is natural gas still a greenhouse gas – a potent one at that – and produce carbon dioxide when burned, but using fracking and directional drilling has led to other concerns. Though often sensationalized, there are real instances of contaminated water sources and the underground erosion and subsequent collapse of the structural integrity of sections of Earth, resulting in landslides and sinkholes that have caused trauma, injury, and death. These things are not nothing. When we examine nuclear, we tally every single death and recount their horror and lament the very thought of energy from uranium or plutonium, but more have died from fracking than from nuclear accidents.

the chemistry of natural gas

These gases are produced from the slow degradation of larger organic compounds having undergone assorted reactions resulting in their few atoms and low molecular weights, however, the atoms that compose natural gas was most likely contributing to the function of a living organism – perhaps a carbon from a tyrosine residue in some large protein structure, and hydrogens from amino acids or water molecules which were present in the same creature at the moment when it was rendered into the Earth.

Deeper and deeper the creature – plant or animal or even amoeba – was thrust. Any bacteria metabolizing the valuable molecular components long gone, the molecules remain mostly unchanged for years and years… But after millions – after cooling and warming on the surface, bacteria, burial, years of driving deeper, after pressures build, after millions of years, the complex molecules we the living require to animate our complex machinery breaks up into into simpler and simpler and simplest components. In this case, the hydrocarbon methane being the simplest hydrocarbon; a single carbon surrounded by 4 hydrogen atoms covalently bonded in sp³ hybridized orbitals. 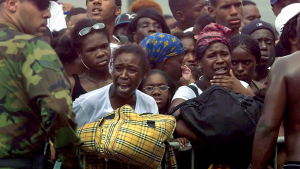 How Climate Change Impacts The Rights Of People Of African Descent

It’s well known that climate change disproportionately affects the US population who live in low-income communities. 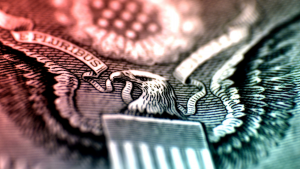 Two Halves That Make Us Whole

Both conservative Protectors and progressive Liberators believe in the motto inscribed on every dollar bill: E Pluribus Unum—out of many, one. 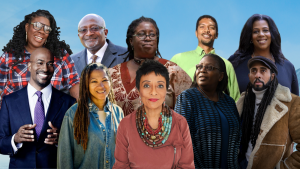 10 Black Environmentalists to Celebrate This Month

We want to celebrate environmentalists from our African-American community who are making strides towards the fight against climate change.

If you’re ready to come together with citizens, government, organizations & corporations to save our planet, sign our Declaration of Interdependence today!